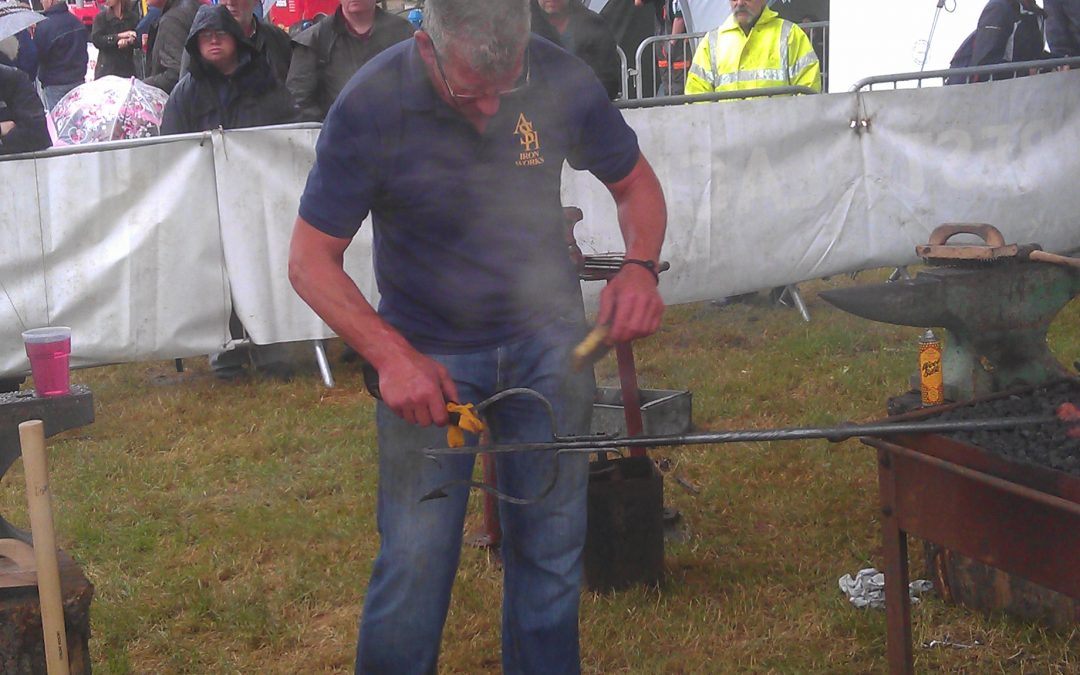 I competed at the New Forest show last Tuesday in the live blacksmithing competition.

The live competition requires blacksmiths to make an item within a specified time limit. For the this years’ competition at The New Forest County show the brief was to create something that you would find in the sea or by the seaside.

I was allowed 1 hour 30 minutes to create an item. I decided to create Neptune’s Trident. In this competition a stricter was permitted, and as I was using a heavy gauged steel I used Simon, my nephew, as a my striker. A striker is permitted to assist the blacksmith by hitting the metal with a hammer where instructed and when required,whilst the blacksmith controls the metal; the striker may also tend to the fire.

It was a bit damp at the show but I didn’t mind as it kept it cooler by the fire when competing. I was the first to compete and was only there for the day so I had no idea what other blacksmiths had made when the competition was judged on Thursday. I was delighted that my trident was assessed to be the winner.