I was commissioned to make a ceremonial medieval sword for Kirk Langer of Los Angeles, California, who is brother of Lady AJ Courtenay, of Powderham Castle. Powderham Castle has been the home of the Courtenay family since 1390, and is where the sword was forged at the ASH Ironworks workshop.
I was asked to base the design of the sword on the sword worn by Hugh de Courtenay, the second Earl of Devon, laying upon his tomb in Exeter Cathedral. Hugh de Courtenay was a medieval knight, who fought with Edward III at the battles of Crecy and Poitiers. It is from him that the Powderham Courtenay family descend.

I was delighted with the idea and the challenge. Measurements were taken of the sword on the tombstone in Exeter Cathedral and, this together with research on sword designs and shapes of the period, determined the size and shape for the blade and style for the pommel and finger guard. It was decided that the blade would be made of patterned Damascus steel (the Courtenay family also fought in the crusades where western Europeans first learned of the quality of Damascus steel blades) and the pommel would have the family coat of arms on it. The blade is 880 mm long and the handle is made of oak and covered in leather. 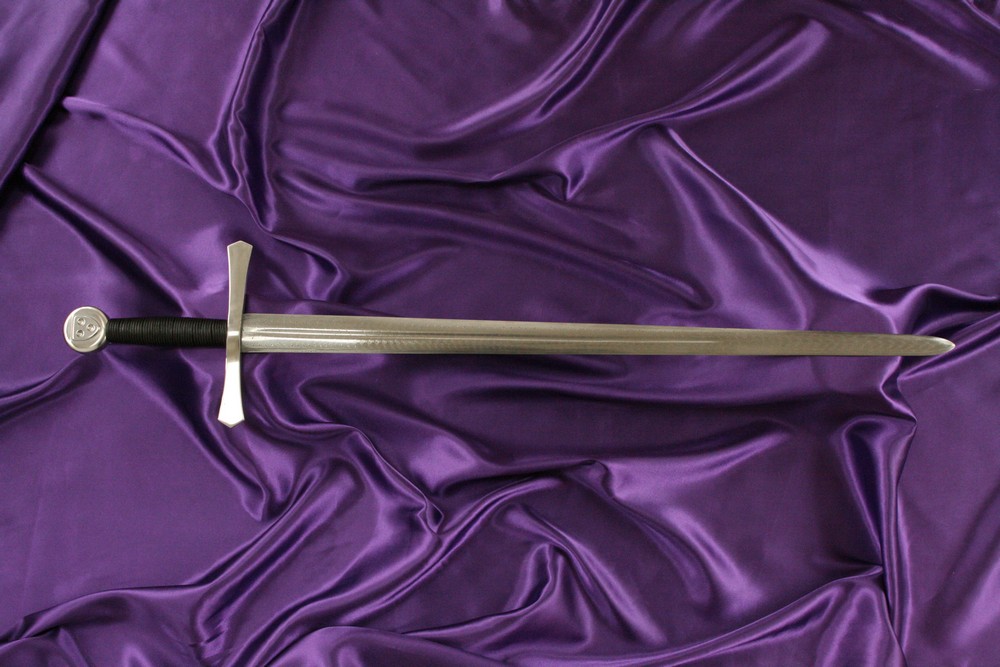 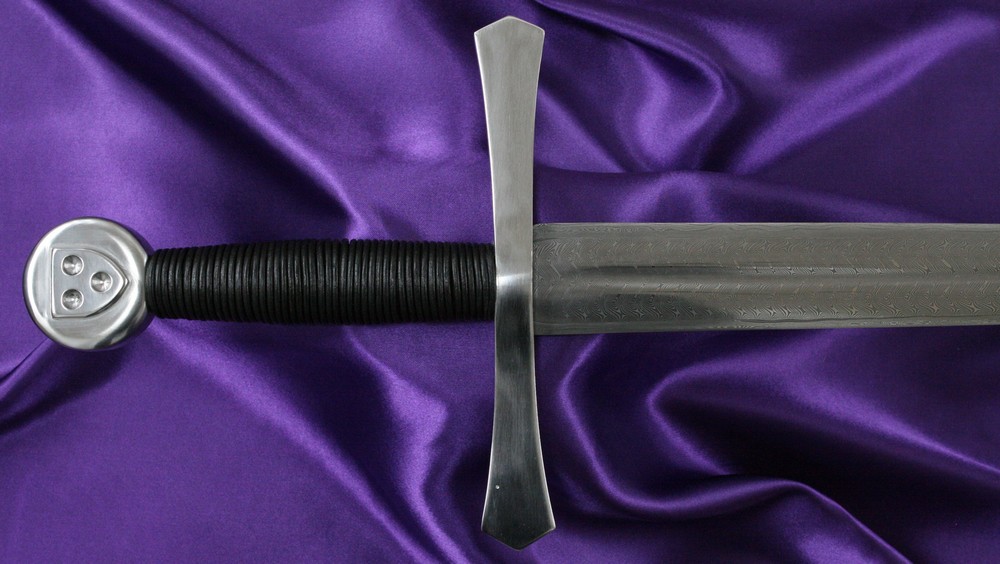 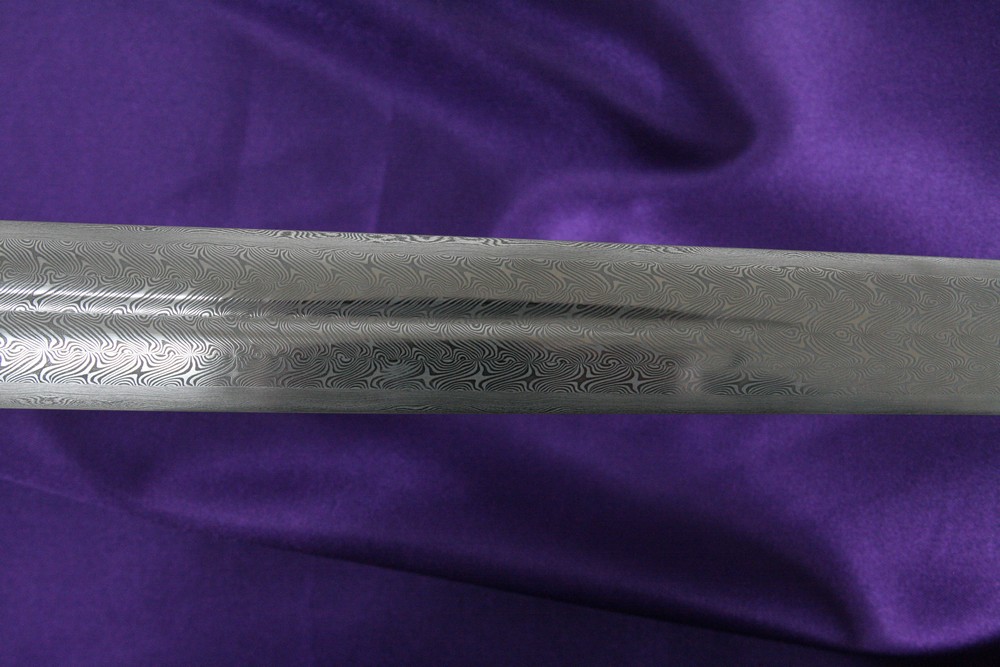